Books, pens, and a strong will are the most powerful weapons when it comes to winning the global literacy battle

“Our books and our pens are the most powerful weapons,” says Malala Yousafza.

After I listened to 16-year-old education campaigner Malala Yousafzai’s speech at the United Nations in New York today (July 12, 2013), I could not help thinking about the Shafia girls and women, who were victims of a mass honour killing in Kingston, Ontario not so long ago.

Today, the youngest, Geeti would have been about a year older than Malala.  In fact, I am sure all four victims would have been moved by Malala’s powerful speech, screen presence and more importantly her message.

While the Shafia sisters were attending school in Canada, there were no Taliban members lurking around the corner, trying to “disrupt” their education or attack them.  However, they were becoming too westernized for their father’s liking.  According to their strict Afghan-born father Mohammad Shafia, his daughters had violated austere cultural rules including having boyfriends, wearing revealing clothes and were disobedient. Sometimes Mr. Shafia banished them from attending school, and the girls, themselves, started skipping class.

It has been just over four years, since the tragic murders of the Shafia family members: sisters Zainab, 19, Sahar, 17, Geeti, 13, and Rona Mohammad, 50, who was the first wife of Mohammad Shafia (who was unable to have children.) The bodies were found in the family’s Nissan, submerged in a lock on the Rideau Canal on June 30, 2009.  The cause of death was drowning.  The ladies were found floating in the car after a family outing to Niagara Falls.  They were allegedly drowned before being placed in the family car. To this day, I don’t know who devised the “honour” killing masterplan and why?  How can these individuals sleep at night?

The perpetrators were close family members: parents and a brother.  At their sentencing Judge Robert Maranger of the Ontario Superior Court of Justice stated: “You have each been convicted of the planned and deliberate murder of four members of your family. It’s a verdict clearly supported by the evidence presented at this trial. It is difficult to conceive of a more despicable, more heinous crime.”

Malala narrowly escaped death near her home in Pakistan.  These are extracts from her UN speech.

“Dear friends, on 9 October 2012, the Taliban shot me on the left side of my forehead. They shot my friends, too. They thought that the bullets would silence us, but they failed. And out of that silence came thousands of voices. The terrorists thought they would change my aims and stop my ambitions. But nothing changed in my life except this: weakness, fear and hopelessness died. Strength, power and courage was born.

“So let us wage, so let us wage a glorious struggle against illiteracy, poverty and terrorism, let us pick up our books and our pens, they are the most powerful weapons. One child, one teacher, one book and one pen can change the world. Education is the only solution. Education first. Thank you.” 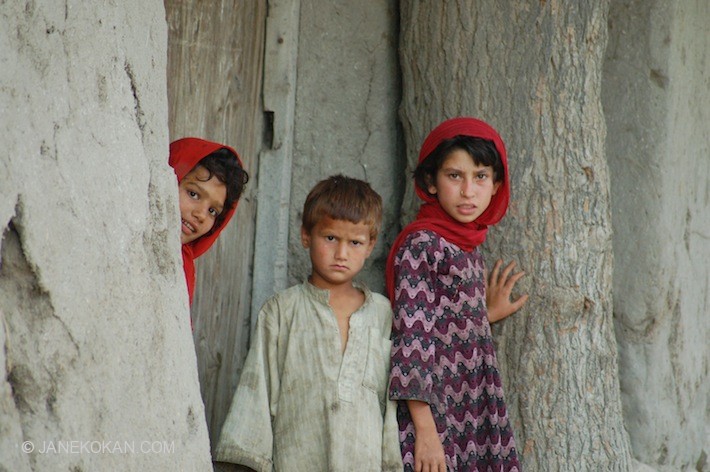 At the end of the day, many say that social progress comes down to education. Today, at the UN, Malala Yousafzai called on governments across the world to provide compulsory education for every child.

I am sure that Malala is aware of the Shafia murders – and would be happy to hear that an educational charity, Canadian Women for Women in Afghanistan (CW4WAfghan.ca) – has done everything in its power to honour her Afghan-Canadian “sisters” in addition to promoting global literacy.

Human rights and literacy advocate, Lauryn Oates, CW4WAfghan’s project director in Afghanistan says that: “Illiterate mothers will raise illiterate children. The education level of a mother is the single greatest predictor of all human development indicators: from child mortality, access to clean drinking water, to sanitation.  Education is strategic for the community – the whole community benefits when women and girls are educated.”

Lauryn believes that literacy is key to helping Afghanistan achieve permanent stability and security, gender equality and rule of law.

A memorial plaque in honour of the Shafia family victims has been mounted in the Kabul office of CW4WAfghan. Marg Stewart, the local Kingston chapter member, and national director, Madeleine Tarasick recently travelled to Kabul to present education grants to the first five recipients. The Shafia Memorial Education Grants for Afghan Girls was set up in 2012,  in memory of the murdered women and girls. 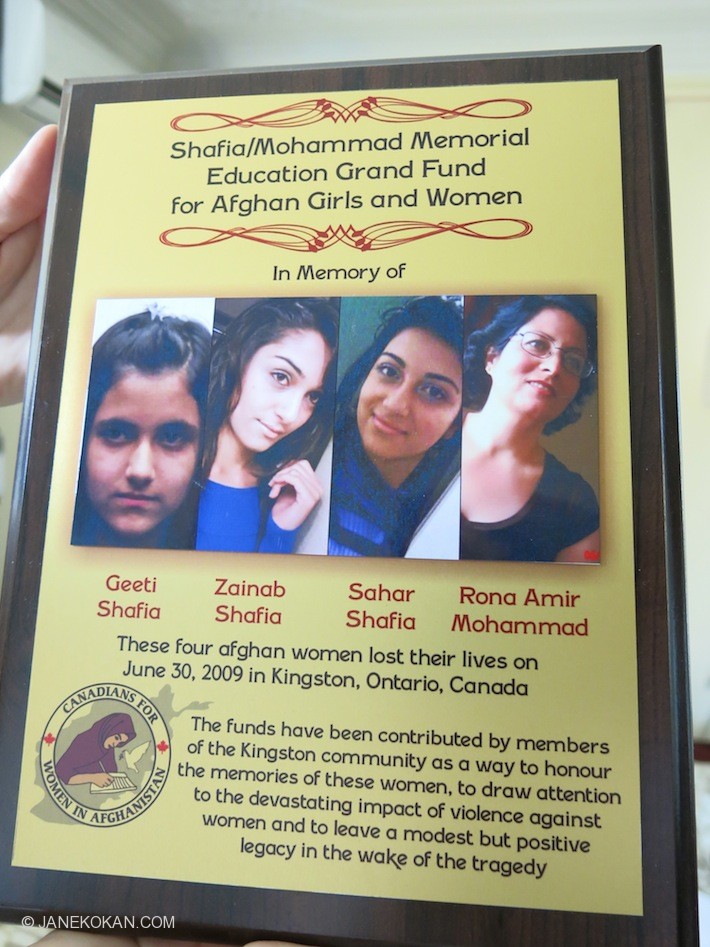 They may be gone, but they are not forgotten.

And it looks like there is no stopping Malala Yousafzai in her quest to ensure that every child on this planet will one day receive an education.

Meanwhile, other brave women from all parts of the world are contributing to global literacy, one step at a time. 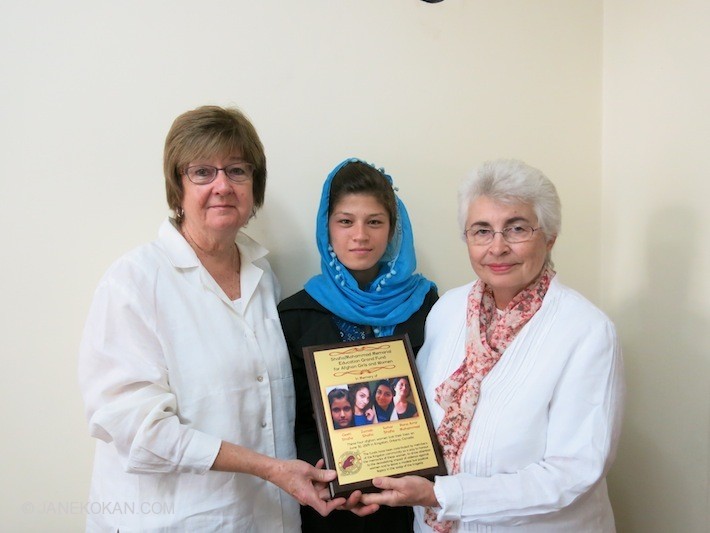 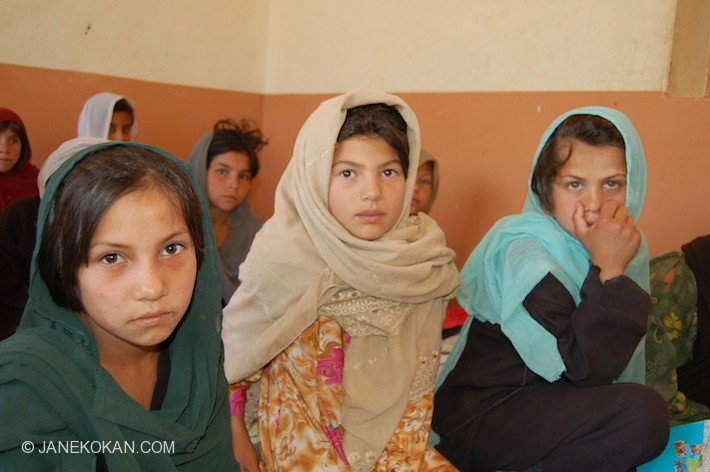 Do not wait for leaders;
do it alone, person to person.

thank you for this excellent article – a positive note on a tragic tale.