Challenges, opportunities and nation building in Nunavut – Part One

On April 1st, Nunavut, Canada’s newest territory, will celebrate its 14th birthday. In 1999, Ottawa carved the Northwest Territories in two, creating Nunavut, which means “our land” in Inuktitut, the Inuit language. 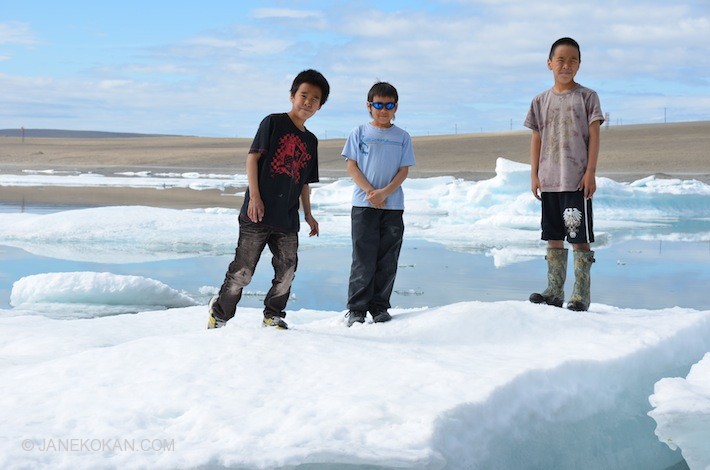 Today, Nunavut, which comprises one-fifth of Canada’s landmass, is a region of growing global significance. As Arctic politics increasingly take centre stage, Canada and the other Northern nations must confront shared polar realities including: aboriginal relations, protecting the fragile Arctic environment, climate change and the new economics. There is a development boom underway, including trans-Arctic shipping, oil and gas development and tourism.

Nunavut is young. Over half of the territory’s population is under the age of 25. But, sadly, the dreams of many of Canada’s young Arctic inhabitants do not materialize due to the lack of job opportunities, isolation, an acute housing shortage and complex social problems. 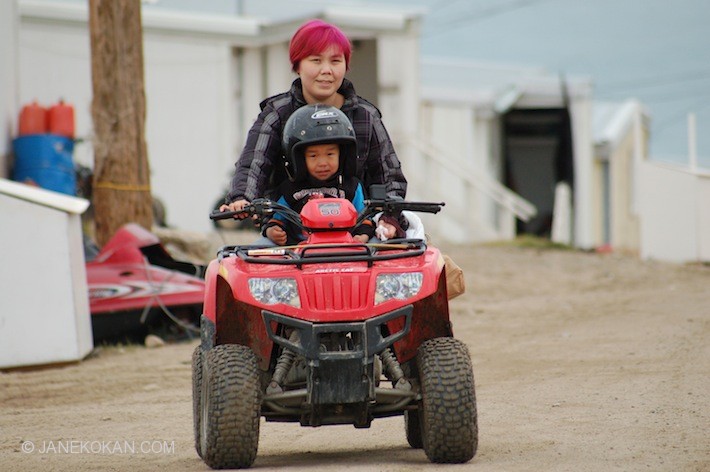 Nunavut’s per capita homicide rate is more than 12 times higher than the rest of Canada. Rates of violent crime including domestic abuse and robbery are disproportionately high.

Jane Kokan recently spoke to Arctic expert, Michael Byers who holds the Canada Research Chair in Global Politics and International Law at the University of British Columbia. He is also the author of Who Owns the Arctic? 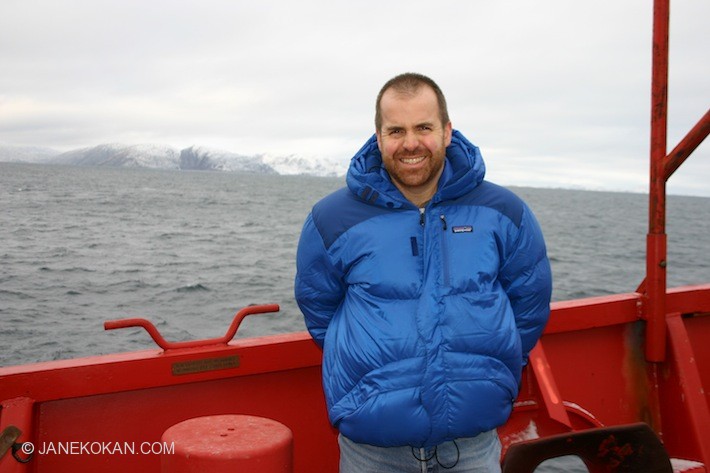 Question: Has Nunavut been a success or failure when it comes to Canadian nation building so far?

MICHAEL BYERS. Nunavut is of course a territory of a nation state and so not potentially a state of its own. It’s still very much a fourth world country in terms, of certainly its living conditions with regards to its people and also in terms of its economy and its governance. Tuberculosis is endemic. Poverty is widespread. There is a massive housing crisis and there is very little economic activity of the wage earning kind. And so despite the enormous potential of Nunavut, [and] the incredible resources that are present in Nunavut – at the moment – it’s in a pretty dire place.

Question: How does the future look for Nunavut and its inhabitants?

MB: The future of Nunavut is very much up to the federal government; and does the federal government take on the responsibility of raising the living standards, raising the opportunities for the 35,000 people who live there. It’s actually not as great a challenge as it might at first sound, because again, it’s only 35,000 people. This is the population of a regular sized town in southern Canada – just one town. And so it would be possible, given that small population, and given the very significant economic potential of the territory, to turn Nunavut around. But it would take a government that was willing to spend not hundreds of millions of dollars but tens of billions of dollars to ensure a future that was truly sustainable. 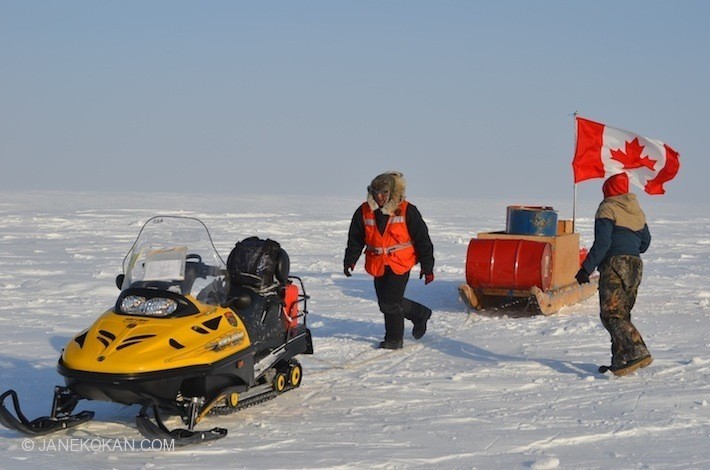 Question: Canada takes over the chair of the Arctic Council on May 2013, for two years. Do you foresee a dynamic Canadian leadership role when it comes to working with the seven other Arctic nations: Denmark [Greenland] Finland, Iceland, Norway, Sweden, Russia and the United States?

MB: Canada takes over the chair of the Arctic Council in 2013 and there has been a lot of discussion about what Canada might do in the role. But the fact of the matter is that Canada is not a multilateral leader on Arctic issues. It’s other Arctic countries that have shown leadership. It was Denmark that showed leadership in getting all of the Arctic Ocean countries to reaffirm the centrality of the Law of the Sea to resolving their maritime boundary disputes. It was the Swedish government that led with a focus on human security when it had the chair of the Arctic Council, trying to draw attention to the plight of indigenous peoples in the Arctic.

It’s the United States that has been leading the push for a moratorium on commercial fishing in the central Arctic Ocean, working towards a regional fisheries organization that would apply the precautionary principle. Canada in contrast is the only country that has renounced its ratification of the Kyoto Protocol. The central issue, facing the Arctic being climate change and Canada being most distinctly a laggard there. So, no, I don’t expect Canadian leadership in 2013 and 2014 in the Arctic Council.

Question: What will happen when the United States takes over the lead of the Arctic Council in 2015?

I am already waiting for the U.S. chairmanship of the Arctic Council because one of the good things that has happened in the Arctic over the last four, five years is a very strong interest on the part of the United States in multilateralism, in co-operation in the Arctic. And Hilary Clinton as U.S. secretary of state was absolutely pivotal there. And now we have John Kerry as U.S. secretary of state, who’s views on climate change and the imperatives of action are very public and very strong.

Question: Are you optimistic about the Arctic Council’s future?

Question: Could you explain the United Nations Convention on the Law of the Sea and what’s at stake?

MB: Back in 1982, the countries of the world, led by a Canadian chair of the drafting committee, negotiated, signed the United Nations Convention on the Law of the Sea. And our diplomats foresaw that at some point in the future, the issue would come up of seabed resources, more than 200 nautical miles from shore, beyond the so-called excusive economic zone. And so they inserted rules into the convention to deal with this matter. Rules that require the submission of scientific evidence to show a geographic prolongation of the continental shelf. And so what’s happening now, is that the different Arctic countries are collecting the scientific evidence, which gets plugged into pre-existing legal formula which produces a result as to who owns what. So it takes the power of politics completely out of the equation and turns the question of who owns which parts of seabed into a scientific issue. And of course you cannot change the shape or the sediments of the ocean floor. These are scientific facts and they simply need to be proven. So that’s what’s happening right now. And Canada will file its submission by December 2013. Denmark will do so the following year. Russia and Norway have already done so. The United States hasn’t done so. It hasn’t ratified the convention, but accepts the rules as binding on the United States as customary law and so when it comes to the central Arctic Ocean and the seabed there including at the North Pole; this is a scientific issue, it’s not a political one.

Question: The Arctic melt is happening faster than at any time in the planet’s history. Why is the sea ice melting so fast in the Arctic?

MB: There are a whole range of scientific reasons why the Arctic sea ice is disappearing so quickly. One is that – as we produce carbon dioxide and other greenhouse gases and thicken the blanket of these gases around the planet – we warm up the air. And that air causes some of the ice to melt and exposes open water and that open water which is mostly dark as compared to ice, acts like a sponge, and soaks up all the solar energy. It warms up and melts more of the ice from below. It’s called feedback loop and it’s quite pernicious in terms of its effect on sea ice.

Question: What are the “positives” coming out of the Canadian Arctic these days?

MB: There are positives coming out of the Canadian Arctic. One is the discovery by the international art community of the incredible Inuit art. There are hundreds of very successful artists in Canada’s Arctic producing traditional art or art that is derived from traditional ways of expression. So that’s a positive. And Inuit art has become globalized to the advantage of individuals and communities.

Other examples [of positive change], concern communications so that an Inuit child who is in Arctic Bay on Northern Baffin island – via the internet and satellites – can access vast stores of information, that were previously, simply not available for people in such a remote place. So technology is changing things, sometimes for the good, in other aspects, not so good. But, the pace of change has been one of the biggest challenges to go from a semi-nomadic lifestyle: travelling by dogsled; sleeping in igloos – and in the space of a single lifetime – to be surfing the internet and travelling on jet airplanes. That’s a very abrupt transition, that has posed very significant social challenges on these people, which combined with government neglect, has created a situation that’s pretty desperate right now. 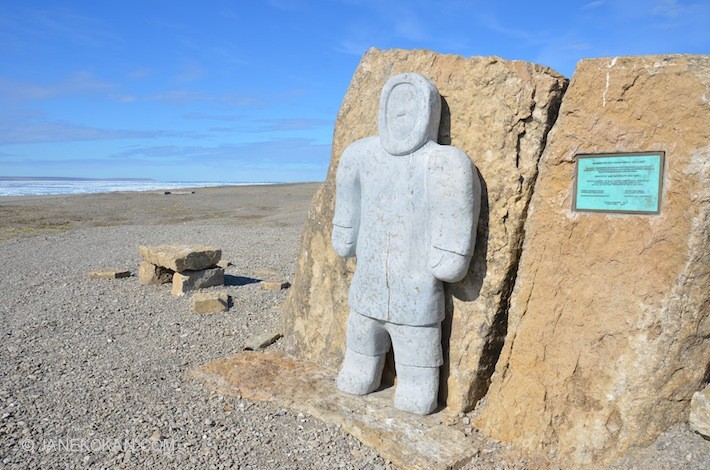 Question: During the 1950s, several Inuit families living in northern Quebec were relocated to the High Arctic by the Canadian government. Some say the Inuit were used as “human flag poles” to support Canada’s sovereignty over the North during the Cold War. I came across a magnificent monument dedicated to the High Arctic Exiles in Resolute Bay. There is also one in Grise Fiord. Who commissioned them and why?

MB: The most important thing about those two remarkable monuments is that they were installed and paid for by the Inuit – the Inuit land claims organization – Nunavut Tunngavik Inc. Those were not installed and were not paid for by the federal government. So this is the Inuit expressing the importance of their presence, and of the relocation of the [Arctic] exiles to Canadian sovereignty. So the monuments are not an apology. The monuments are a defiant affirmation of the Inuit, of their relevance, of their importance. If anything, it is a demand for an apology, rather than an apology itself.

Question: Why no apology?

MB: Well, I think at the core of the federal government’s refusal to apologize is the fact that this was a policy that came out of the bureaucracy that was very thoroughly considered – that this was not simply a decision made on a whim. But this was at the very heart of the Canadian government’s approach to the North. So I think that bureaucracies are very reluctant to admit that they were on a wrong track, not just for years, but for decades.

On March 29th, in Part III, there will be an interview with Paul Amagoalik of Resolute Bay, an Inuit hunter and son of two High Arctic exiles. In 1953, Paul was born on the coast guard ship C.D. Howe which transported the Inuit families from Inukjuak, Northern Quebec, to establish Resolute Bay and Grise Fiord. Paul is the son of the late artist Simeonie Amagoalik who carved the stunning and haunting stone monument dedicated to the High Arctic exiles in Resolute Bay. Read Part III