Coming soon: A profile on Lauryn Oates a human rights activist and development worker focused on education in conflict zones.

The Taliban’s “spring offensive” may be under way, but Lauryn just arrived in Kabul as part of her commitment to improving literacy in one of the world’s poorest countries. It also happens to be one of the deadliest weeks for foreign troops in Afghanistan. Seven U.S. soldiers and a member of the NATO-led coalition were killed on May 4th.

Lauryn is the founder of the Vancouver (1999) and Montreal (2001) chapters of Canadian Women for Women in Afghanistan (CW4WAfghan), and is currently the organization’s project director in Afghanistan.

Lauryn manages literacy, library, teacher training and school projects in Afghanistan, and has worked with agencies as diverse as UNICEF, the Nike Foundation, Global Rights, Womankind Worldwide, and Canadian Women for Women in Afghanistan, among others. She holds a PhD in literacy education from the University of British Columbia, where she did research on local language teaching in Northern Uganda.

Much global attention has been focused on the military side of rebuilding Afghanistan. Meanwhile, future financial support for education is uncertain. There is some concern over the American withdrawal from Afghanistan in 2014, and whether progress – made to date – in literacy will continue.

The good news is that more Afghan children are going to school than ten years ago. The female literacy rate has tripled since 2001, but it is still one of the world’s lowest. 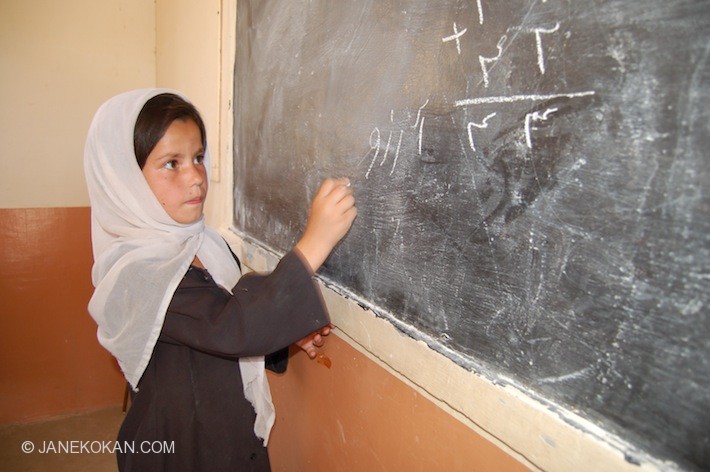 Modern education continues to be a monumental challenge in Afghanistan. Lauryn believes that literacy is key to helping Afghanistan achieve permanent stability and security, rule of law and gender equality.

For more information visit: Canadian Women for Women in Afghanistan